The Ruger American Pistol is an absolute beauty with a lot to offer. It has top-tier reliability and for the price, it's one of the best pistols to buy today. 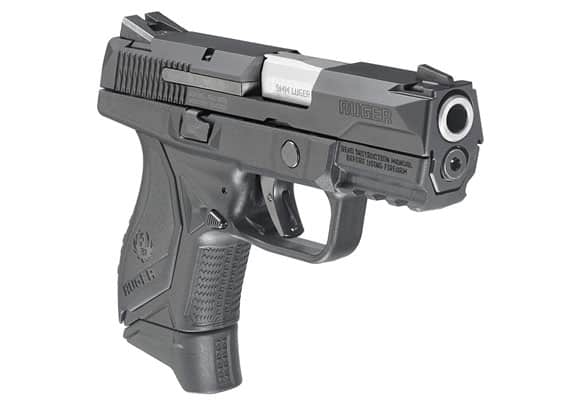 In this article, we’re going to talk about a pistol that Sturm, Ruger & Co. produced to meet, if not exceed, the military’s requirements. They had a goal of producing a new generation of striker-fired pistols with a polymer frame.

Essentially, they had a big task on their hands. Therefore, what their development did was do thorough research and figure out how to make a semi-automatic pistol and launch it into a market filled with semi-automatics, while making it stand out from the crowd.

Everyone expected Ruger to come up with a slightly modified SR and call it a new model. Surprisingly, that’s not what happened at all. In fact, the team consulted law enforcement trainers in order to learn what they were searching for in a reliable duty sidearm. In addition to that, they started researching the United States Military’s Joint Combat Pistol Specification and the Modular Handgun System program. As a result, they launched their new line of Ruger American Pistols, which is chambered in a 9-millimeter Luger.

The Ruger American Pistol is, in fact, a full-size striker-fired handgun. It has a magazine capacity of 17+1 and has a Browning system lock-breech action.

Now that we know how this Ruger weapon emerged into the market, let’s see what are its benefits and shortcomings. 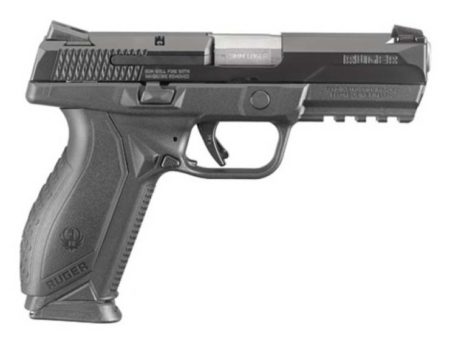 As we mentioned earlier, the Ruger American Pistol is pretty much a surprise, as it’s not so Ruger-like. The development team came up with a new design instead of relying on their SR-9 platform. This brand new design comes without the external thumb safety, magazine disconnects and the “Warning” on the pistol barrel. Therefore, this is a total leap from the older Ruger’s semi-automatic guns.

In addition to that, another feature worth mentioning is a patent-pending barrel cam, which has a purpose of reducing felt recoil. The cam works through spreading out the recoil impulse by maintaining control over the rearward movement of the slide.

Therefore, instead of having the shock and the brunt of the recoil drive into the hand used for shooting, we now have a reduced amount of felt recoil.

Additionally, this pistol allows the use of a somewhat lighter slide, which is another great benefit.

First and foremost, the Ruger American Pistol is a chassis pistol, just like the SIG 320 and the SIG 250. This internal chassis of the gun is the serialized part. At the moment, there are still no replacement frames on the market. However, once the replacement frames appear, switching to a different size and configuration will be easy and affordable.

When it comes to field-stripping, this gun is quite easy to disassemble, as it requires no tooling and there’s no need to even pull the trigger in order to take it down. The trigger on this gun breaks even at 5.5lbs. It requires a medium take-up and reset. In addition to that, the trigger comes with a safety, just like numerous other striker-fired pistols. And it has an automatic sear block, too.

Also, the Ruger American Pistol has an ambidextrous slide stop, which is another great feature. This is great news for left-handed shooters and other manufacturers should follow in their steps.

The Frame and Magazines 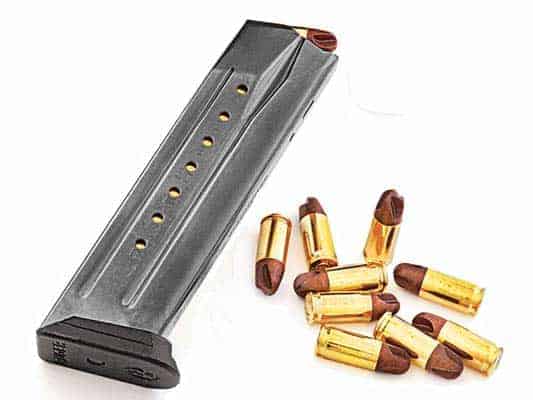 As far as the frame goes, the texture of the polymer frame is neither too aggressive nor too soft. The back straps are interchangeable and there’s a possibility to stipple the gun. What really stands out is the machining job for the cocking serrations.

When it comes to the grip, we must say that the grip frame of this pistol is ergonomically shaped to fit almost every hand size. It’s easy to form a comfortable grip thanks to the trigger guard that is undercut above the front strap.

The front strap doesn’t have finger grooves. Instead, it has a straight profile, along with with a dense diamond-patterned texturing. Additionally, the sides of the grip are very smooth and have diamonds that are widely spaced along the curved backstrap.

When it comes to the magazines, they are made of steel, with a polymer base and a Teflon coating.

Now that we have laid out the benefits of the Ruger American pistol, it’s high time we tackled its shortcomings as well.

Ruger’s American gun has been on the market for quite a while now. However, the add-ons and extras are nowhere to be found. As we have mentioned earlier, the chassis of the gun is serialized, which means that there will be replacement frames in the future. But, still, there are no such frames on the market currently.

The same thing applies to the barrels, caliber conversion kits and similar.

The point is that this gun has a serious potential to deliver on all these extras. Nevertheless, it seems that the aftermarket might start working on this before Ruger does. 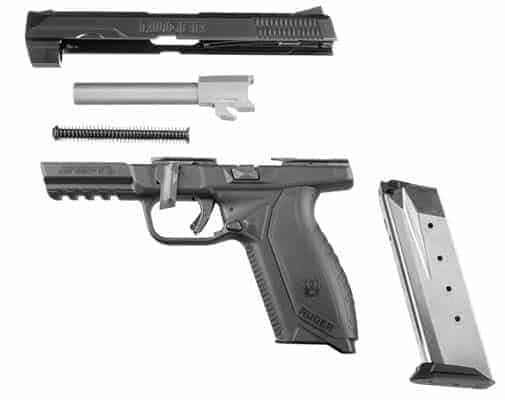 As we have mentioned earlier, field stripping the Ruger American Pistol, in order to clean and maintain it, is pretty simple and straightforward. There is no need to pull the trigger during the disassembly. Instead, we must lock the slide, transfer it into the open position and remove the magazine.

Afterward, it’s important that we inspect the chamber to see whether there is any remaining ammunition inside the pistol or not.

Once the slide is in the open position, it’s necessary to rotate the takedown lever. And we can do that by rotating the lever from the 3 o’clock position to the 6 o’clock position. We must note that the takedown lever will rotate fully into place, provided we’ve previously removed the magazine. Once we have finished positioning the lever, it will remain fixed in the frame.

The next thing to do, while holding the slide, is to release the slide stop and ease the slide assembly forward and off of the frame. Then, remove the barrel and the guide rod from the slide, and the pistol is all set for cleaning.

By reversing these steps, the reassembly of the pistol will be just as easy.

Bottom line is that the Ruger American Pistol is a gun we can easily define as a very well thought out and decently executed. When it comes to its accuracy and reliability, both of these features are areas where the pistol excels.

If Ruger had brought this excellent pistol earlier, it would have been a very serious contestant for a police duty gun.

Another proof of the Ruger’s excellence is the fact that one of the company’s primary goals in trying to match the military standards while developing the American Pistol was to make sure every component would survive 20,000 rounds of firing without having the need for repair or replacement. And, not only did this gun meet these expectations, but it exceeded them with over 25,000 rounds. 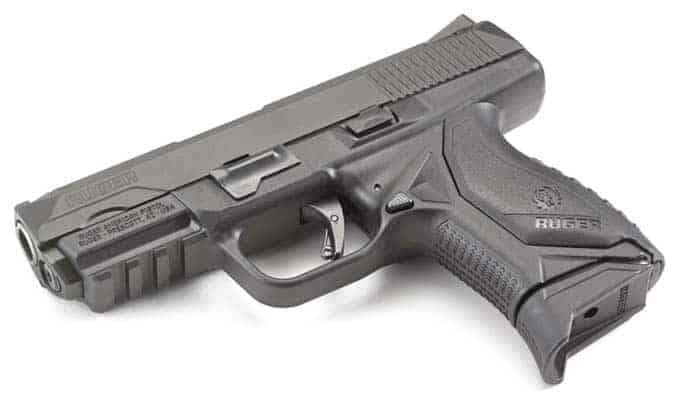 We definitely expect to see some eye-rolling when it comes to the arrival of another striker-fired, polymer-framed gun in an over-saturated market. However, the Ruger American Pistol is a true surprise and brings a lot to the table. In fact, this gun offers a long list of extremely useful and unique features. In addition to that, this pistol comes at a very affordable price of $500 to $600, depending on the store.

To paint a clear picture on the key features of this pistol, here’s how we rated this gun after having it tested out:

Finally, one more benefit that comes with this pistol is the fact that all its components are 100% American.

We sincerely hope that this new design stays in the company’s lineup for a long time.

Overall, the Ruger American Pistol is a high-quality pistol, available at a very good price. It comes with numerous features we really like and has not so many drawbacks. In a market filled with numerous semi-automatic guns, this one is a gun we would definitely recommend buying.