When we’re looking for the perfect concealed carry firearm, we inevitably find ourselves torn between quite a few choices. The market is flooded with so many excellent smaller pistols that I find myself constantly checking to see if I’ve missed one. I certainly wouldn’t want to purchase a weapon and find that I’d neglected to see an even better, maybe even more affordable option.

Hopefully, this article will make sure that a similar thing doesn’t happen to my readers. So today I bring you two single stack magazine pistols that are small enough for you to carry always, but not small enough to compromise performance. Let’s check out how Smith & Wesson’s M&P Shield compares to the Springfield XD-S.

I paid attention to how they perform and how they look and feel — and I’ll wrap things up with some final thoughts and a cost comparison. Without further ado, let’s get into it. 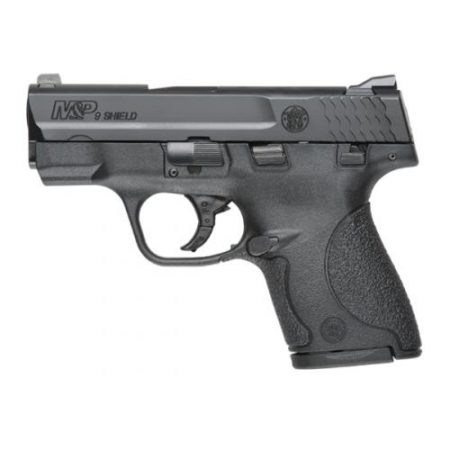 Since we’re talking about single-stack pistols, both of our contenders are pretty thin. The total width of the Shield is about an inch, and it’s 4.6 inches tall, with its overall length barely passing 6 inches. At these dimensions, the gun weighs in at about 18 ounces, which makes it pretty convenient to carry.

You can get several versions of the Shield, according to your preference. So, you can use 9mm or .40 caliber rounds and get it with or without manual thumb safety. You can also have ambidextrous safeties or Crimson Trace Laserguard lights in red or green to help with precision.

The pistol is made from stainless steel and encased in a matte black polymer frame. These features add to its overall weight, as well as the tactical look and feel of the piece. However, you can also get it in FDE or Flat Dark Earth finishes if you’d like to avoid having a plain black weapon.

As for the feel of the gun, well, everyone needs to hold it before deciding. Personally, I find the grip secure and comfortable enough, though some people may find the vaguely abrasive surface a bit disconcerting. Also, many people, in particular men with larger hands, may find the gun too small for comfort — but then again, that’s what extended magazines are for. 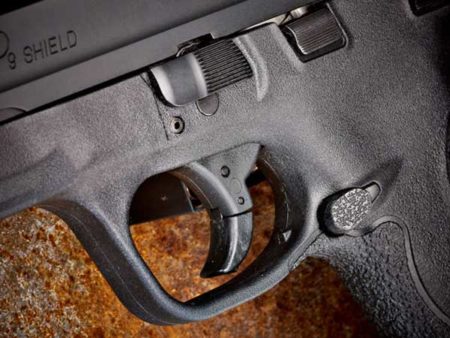 Even with its slight stature, the Shield doesn’t sacrifice performance. The pistol is reliable at any time, day or night. Also, the hinge trigger is very responsive and smooth, and you can hear an audible click when it resets.

If you need to take the gun apart and perform maintenance, the Shield is very easy to disassemble. It also comes with two magazines, one extended (8+1) and one flush (7+1) — and you can get more on top of that, of course.

As I have previously mentioned, if you’re worried about accuracy, you can even get the laser sight feature. However, I should emphasize that all of these extra features come with a price bump.

In my opinion, this pistol really is everything Smith & Wesson’s regular sized guns are, in a smaller package. It doesn’t sacrifice precision in order to get that compact look. Also, the durability of the gun’s build makes it an all-around convenient firearm to own.

Now, let’s check out some of the XD-S features, before moving onto the comparison. 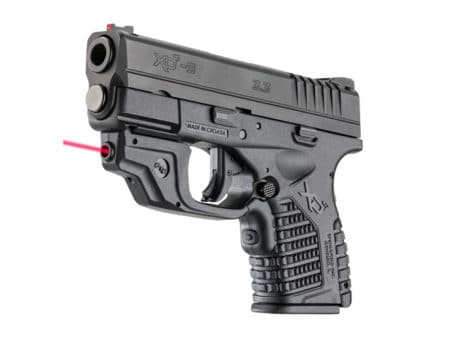 Like the previous contender, Springfield’s XD-S is a smaller pistol. It’s a bit over 6 inches long, and almost 4.5 inches tall, and it’s just under an inch wide. Also, like the previous gun, the basic XD-S model comes with two magazines, an extended one (8+1) and a flush one (7+1).

The single-stack gun holds 9mm rounds. In addition, you can get it for .40 and .45 caliber bullets as well. However, if you use .45 rounds, the magazine will only be able to hold 5+1 bullets.

The Springfield XD-S feels very high-quality, in particular, because of the durability of the materials the manufacturer used. It has a stainless steel slide with a Melonite finish (in gray or FDE) — which actually increase the pistol’s weight to 22 ounces. Still, that’s pretty good for a conceal piece, and it should last you a good while.

Unlike the Shield, the XD-S comes with interchangeable backstraps. So, if you don’t like the way the XD-S is sitting in your hand, you can switch the back until you find a texture you prefer. However, since it’s still a small handgun, people with larger hands may find fault in the way the gun handles, regardless. 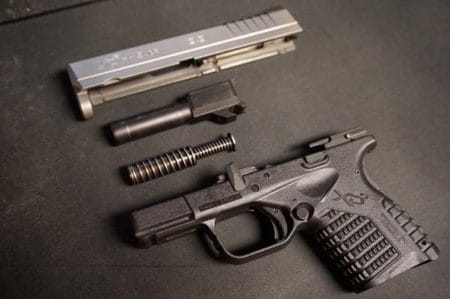 As far as performance goes, it’s difficult to tell if this gun is better than the Shield. It’s certainly just as precise in the right hands, of course. In addition, the XD-S also has a red fiber optic in the front, to help you aim. Since the color is fairly noticeable, you should be able to spot it during the day as well.

There is one aspect of this gun’s performance that may be a bit of a hit or miss. I’m talking, of course, about the grip safety, which is a button at the back of the handle. Obviously, guns should be as safe as possible, so added security is great.

However, this might get tricky if the grip safety is too stubborn, so it only allows you to take your shot if you’re putting too much pressure on the pistol. But, honestly, if you’re holding the pistol correctly, there’s no way to get it wrong.

So, as you can see, the accuracy and the security of this weapon aren’t an issue. Even better, the materials it’s made of should make it almost indestructible, just like the Shield is. How do you make such an impossible choice, then?

You wouldn’t be the first to wonder about that, and I’m sure you won’t be the last. Let’s see how these two compare. 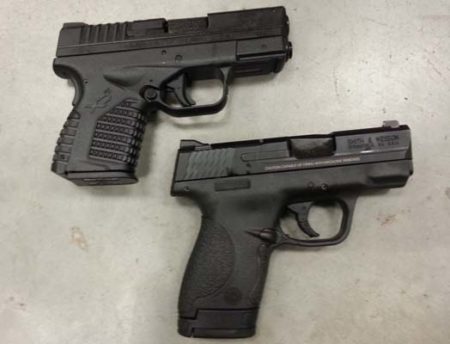 As you’ve seen, the Smith & Wesson M&P Shield is a tiny bit thicker than the Springfield XD-S, though the XD-S weighs more overall. However, these differences in their dimensions are so small that they’re negligible.

Additionally, both guns are as capable and durable in the right hands, and with the proper care. So, since they’re so well matched in precision, performance, and durability, we’ll have to look elsewhere for these pistols’ distinguishing characteristics.

What about their costs? Well, the XD-S seems to be a bit more expensive. You’ll be able to find the basic Shield model for about $400, though the various features will cost you extra. And the XD-S is available for about $420 at the least.

Now, remember, both of those numbers are just the lowest prices that were on offer as I was researching this, so they may be subject to change. However, I’d always recommend shopping around before you make your final decision.

Essentially, the comparison will come down to the features. Here’s where, in my opinion, the Shield has the XD-S beat. After all, you can order the Shield with many extra features, although I would happily use it as it is.

Also, grips are going to be pretty important to you. The wrong texture and slope of a gun’s handle can make or break a pistol. Unfortunately, that makes settling on one of these two weapons a very personal decision, since only you know what feels right in your hand.

Ultimately, if you want to decide between these two, I’m afraid you’ll have to head on over to your local gun store and handle them both. But on the bright side, I’m sure you’ll have plenty of fun deciding.